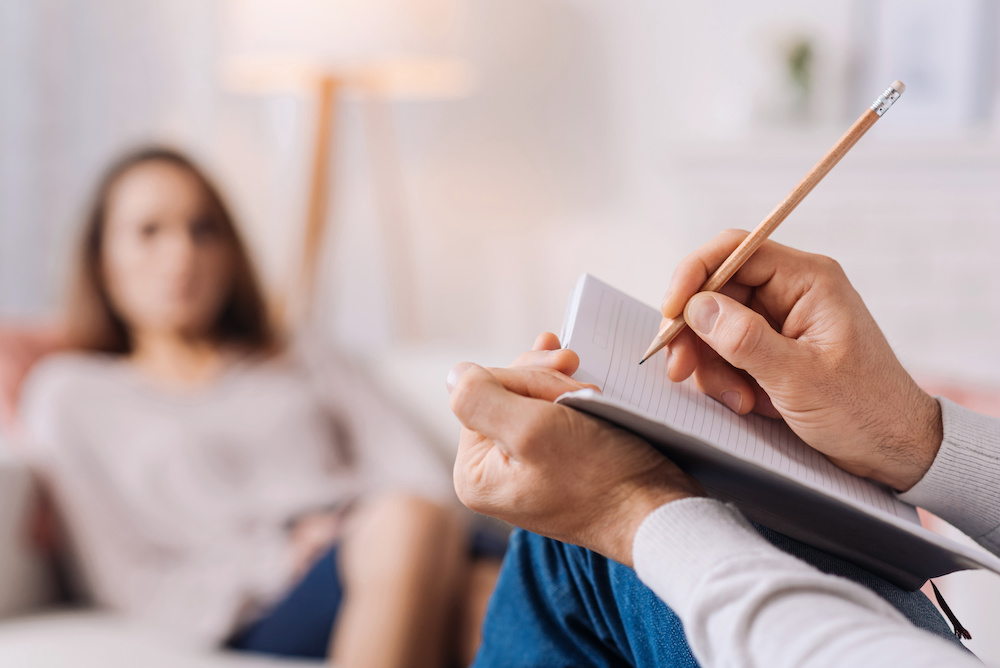 TMS Therapy, which is short for Transcranial Magnetic Stimulation, is a form of treatment for those suffering from treatment-resistant depression. As the name suggests, TMS utilizes the stimulation of magnetic fields to manipulate brain cells. While many people haven’t heard of TMS, this form of treatment has been around since 1985.

Intranasal Spravato (Esketamine) is another form of depression treatment involving a nasal spray alongside an oral antidepressant. When undergoing this treatment, a specialized doctor will monitor the effects of Esketamine while you are taking it.

These treatments are used for those who have been resistant to other forms of depression treatment, like oral or intraveneous medications, or do not want to experience any side-affects. If you struggle with recovering from depression, learning about TMS and Esketamine and their benefits can help.

What Happens During TMS Therapy?

The pulses are meant to stimulate the part of your brain that controls your mood, which is why it can help alleviate symptoms of depression, anxiety, and spectrum disorders. The pulses don’t affect any other brain function.

Who Can Benefit From TMS Therapy?

TMS therapy is most commonly used by those who’ve tried other depression treatments that haven’t worked. While antidepressants have proven to be beneficial for many suffering from depression, some people have seen no improvement from medication. TMS therapy is excellent for those that need an alternative treatment for their symptoms.

In addition to depression, TMS has been used to alleviate the symptoms of many different mental illnesses, including anxiety, schizophrenia, and post-traumatic stress disorder (PTSD). The therapy has also effectively combated symptoms of Parkinson’s disease, nicotine addiction, Alzheimer's disease, and much more.

Are There Any Risks or Side Effects from TMS Therapy?

As with most forms of treatment, there can be side effects that go along with TMS therapy. Considering that TMS involves work on your scalp and brain, it can cause a slight headache after treatment. Lightheadedness can also result from TMS therapy treatments.

The pulses will cause muscles to contract for some, and wearing a shock-absorbing sports mouthguard during treatment can reduce the onset of headaches or TMJ pain.

Basics and Benefits of Intranasal Spravato

Intranasal Spravato is currently only being offered through the Spravato (Esketamine) REMS (Risk Evaluation and Mitigation Strategy) Program, which assures that doctors will monitor patients during treatment.

The process involves the patient self-administering the Intranasal Spravato as a doctor observes. Supervision will continue for two hours, and the clinician will measure and record blood pressure and heart rate every 40 minutes. Some patients like to bring a pillow and blanket and sleep, some enjoy listening to relaxing music and meditating.

These treatments are usually done twice a week for the first four weeks, then once a week for a month. After that, the frequency of treatment will be determined by your doctor.

A doctor can help you determine whether Intranasal Spravato treatments will be a beneficial form of therapy. Discuss your symptoms with your doctors and let them know about any reactions to antidepressants that you’ve noticed.

Side Effects of Intranasal Spravato

Before starting Intranasal Spravato, it is crucial to know about the possible side effects and risks. including dissociation, dizziness, and nausea. It is common to feel a little sleepy the rest of the day following treatment, so most patients plan to relax at home the remainder of the day. Your clinician may recommend taking Tylenol and an anti-nausea medication prior if you experience these side effects, and most patients find this preemptive action to leave them with little nausea or headache, if any.

In more severe cases, those undergoing Intranasal Spravato treatment have experienced increased blood pressure and increased thoughts of suicide or self-harm. Other possible side effects include anxiety, sedation, numbness, vomiting, feeling drunk, and feeling lethargic. If you are concerned about these side effects, speak with your doctor. They can offer you advice on your best course of action.

Depression is a very treatable disease, and just because antidepressants haven’t worked doesn’t mean you should give up. Talk to your therapist about alternative options for alleviating your symptoms. There is always a way to get better.

Speak with a doctor and therapist about your depression. Be open and honest so that they can provide you with the best treatment options.