Indigenous People You Should Know About 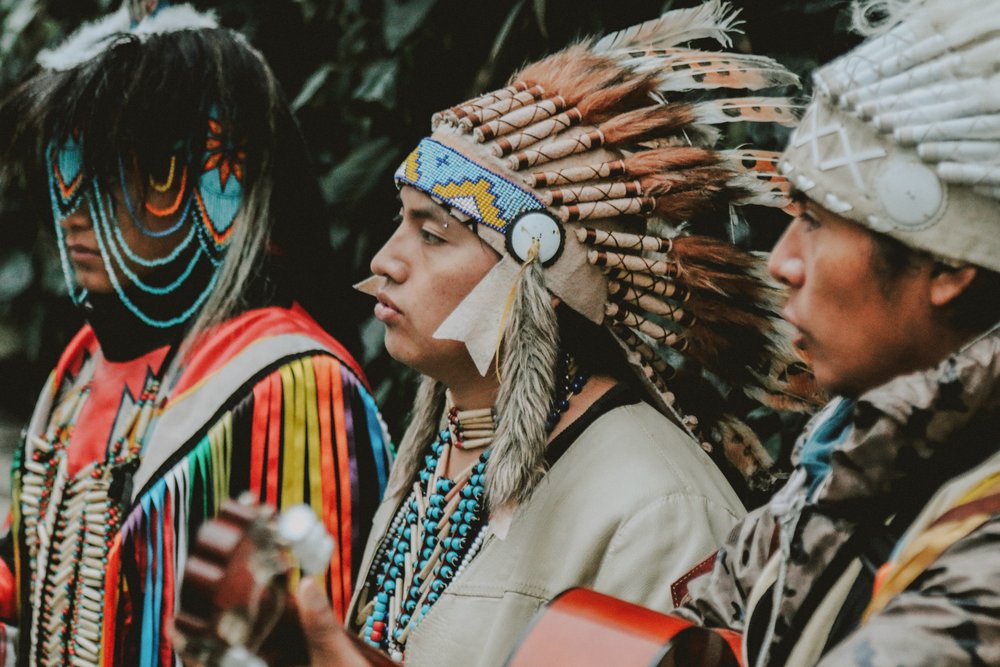 Indigenous People You Should Know About

November is Native Heritage Month, a time when America shines a global light on the culture and heritage of Native Americans and Alaska Natives. These people represent a significant minority population who help weave the fabric of today that will be passed down to the next generation. There is so much to share about them. From poets, writers, and artists to environmental and civil rights activists, Native Americans and Alaska Natives carry thousands of years of history in their DNA and stories.

Native Heritage Month is the perfect time to highlight some of the many inspirational tribal members across the United States. Knowing their stories is the first step to more understanding and empathy to the general American population toward these groups of diverse people.

Katie John (Ahtna/Alaska) was born in 1915 and grew up in the Alaskan Village of Metasta. When the federal government began to regulate fishing on ancestral lands, Katie John and several others started to fight back. In 1994, Katie John and other tribal members won the right for subsistence fishing to take priority in Alaskan waters. Katie John was instrumental in the development of the first Ahtna language alphabet. She also helped craft the first Ahtna language noun dictionary.

Ernestine Hayes (Tlingit/Juneau Alaska) is an Alaskan writer whose work details the colonization of Indigenous children through her own life experiences. Hayes has served as the State Writer Laureate from 2016-2018. In her stories, Ernestine Hayes illustrates the discrimination and frustrations faced by Alaska Natives on their own lands. She continues to promote native rights and culture. The Rasmuson Foundation named Ernestine Hayes the 2021 Distinguished Artist. Ernestine weaves rich Alaskan cultures with her life stories that generate vivid pictures in the mind's eye.

Winona LaDuke (Ojibwe/California) is known for her role as a Water Protector and Native Land defender. Winona LaDuke has and continues to work to promote the rights and talents of Indigenous women. In 1996 and 2000, LaDuke ran alongside Ralph Nader as his vice-presidential candidate for the Green Party. LaDuke has received multiple honors for her work in advocacy. Laduke's current endeavor is a sustainable farm where she promotes women based economy and local resources.

Leonard Peltier (Lakota) has been falsely imprisoned for the murders of two FBI agents on the Pine Ridge Indian Reservation in 1978. At this time, Mr. Peltier has been in prison for forty-six years and is seventy-six years old. Mr. Peltier has consistently stated that while he was on Pine Ridge at the invitation of the tribal members at the time of the shootings, he was not involved in the agents' deaths. Peltier was a member of the American Indian Movement, a group that was known for its defense of Native American civil rights. In the movie, Incident at Oglala, Robert Redford examines the details of the shootings and shows that the United Stated government tampered with evidence. Despite a lack of incriminating evidence and several petitions for his freedom, Leonard Peltier remains in prison at Coleman Prison in Florida.

Susan La Flesche Picotte was the first Native American Female to receive a medical degree. After graduating from the Woman's Medical College of Pennsylvania, Picotte returned to her reservation. While she was only obligated to care and teach hygiene to the youth of the reservation, Picotte cared for not only the children of the reservation but members of the community as well. Due to her experiences with her husband and his alcohol addiction, Picotte helped lobby against the sale of alcohol on government-owned lands. As a lifelong health educator, Susan would fight for programs to educate her reservation about healthcare and proper hygiene.

The Haluci Nation is a Native American musical group that combines tribal beats, chants, and traditional music with techno threats and dubstep. Formerly known as A Tribe Called Red, this band reminds entire generations that American Indians are not dead but alive, aware, and politically active. The band changed its name after being inspired by poet and political activist John Trudeau. In a song titled "Alie Nation," John Trudeau describes the environment through the eyes of Native Americans. The Halici Nation shatters stereotypes through rap lyrics, real-life stories, and traditional chants.

These Are Just a Few of the Many

Sadly, Native Americans are not receiving the attention as many other people in America. Alaska Native people and the Native Americans continue to fight for their equality through stories, activism, and simply reminding people that they are still here.

Native Americans continue to make contributions to today's society with very little fanfare or notice from the general American population. While most of us enjoy simple things like adequate housing and clean water, the indigenous people of the United States are still fighting for oil companies to route their underground lines around tribal and ancestral lands. While other ethnicities receive massive coverage and get mentioned in spheres where minority recognition has yet been lacking, like screen time and mental health attention, Native Americans and Alaska Natives are not among those ethnicities. November is dedicated to giving recognition to Native Americans and their heritage, but one month should only be a starting point and place to jump off of to let these people's voices be heard in more and better ways. If you experience issues surrounding your identity going unrecognized or shut down, call Achieve Medical Center today (619) 375-3977 to get sensitive and informed care.