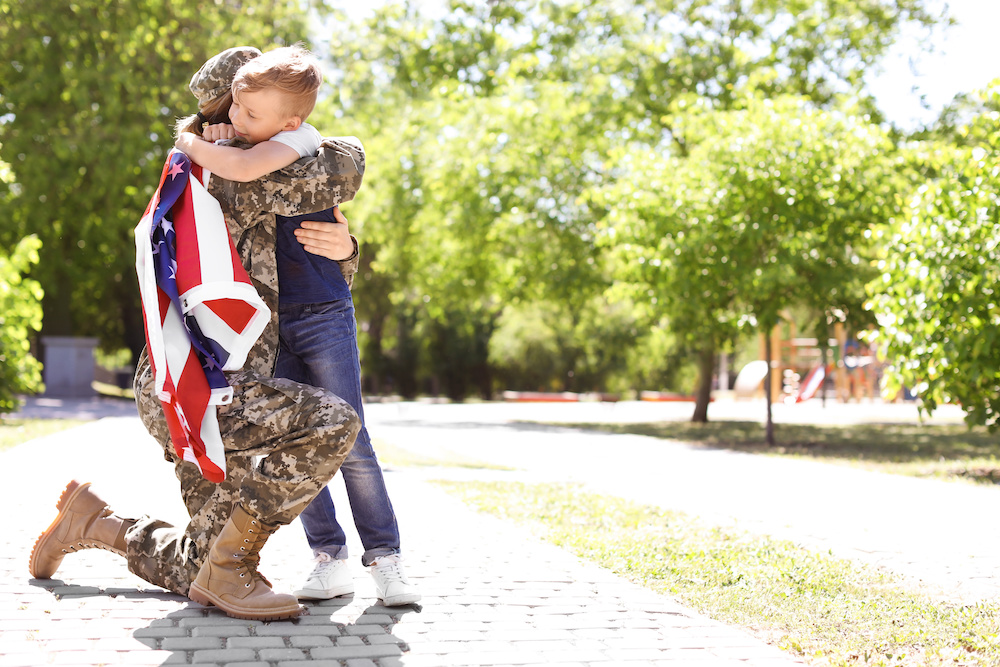 Veterans Day is a time to honor those who served in the military. We thank them for their service and the sacrifices they made to protect our country. Veterans may come out of a war with diverse thoughts, emotions, physical and mental well-being. While we address veterans' physical well-being, we need to confront an uncomfortable topic – suicide.

Transitional life challenges veterans while they are in the service. Relocation, training, fighting, and experience produce a life filled with the unknown. The constant change can cause mental health disorders such as Post-Traumatic Stress Disorder (PTSD), depression, anxiety, or traumatic brain injury.

Two studies of veterans of Operational Iraqi Freedom (OIF) and Operational Enduring Freedom (OEF) have shown that the incidence of post-traumatic stress disorder (PTSD) is 2 to 3 times higher among those exposed to combat compared with those who did not report significant combat exposure. The studies show evidence linking combat duty in Iraq and Afghanistan to the development of post-deployment health problems, including PTSD, depression, anxiety, and symptoms attributed to mild traumatic brain injury.

Depression consists of several symptoms, including:

The American Psychiatric Association defines PTSD as a psychiatric disorder that may occur in people who have experienced or witnessed a traumatic event. Traumatic events may include natural disasters, a severe accident, a terrorist act, war/combat, sexual violence, or severe injury.

The National Alliance for Mental Illness says the symptoms of PTSD include:

The Department of Veterans Affairs (VA) found that suicide rates due to PTSD vary by what era a soldier served. The VA reported:

Operations Iraqi Freedom (OIF) and Enduring Freedom (OEF): About 11-20 out of every 100 Veterans who served in OIF or OEF have PTSD in a given year.

Gulf War (Desert Storm): About 12 out of every 100 Gulf War Veterans have PTSD in a given year.

Military personnel are at a high risk of TBI due to the nature of their job. Training, daily responsibilities, and combat place soldiers in jeopardy of sustaining head injuries. Traumatic brain injury occurs when a shock, bump, or injury pierces the skull. The responsibilities, expectations, and nature of military personnel’s jobs can leave brain injuries untreated for periods. A few signs and symptoms of traumatic brain injury are:

Active military personnel or veterans can experience severe mental health disorders when exposed to trauma. Deployment can expose a soldier to various situations they are not mentally or emotionally equipped to handle due to a lack of coping skills. Anxiety stemming from a prolonged trauma, stress, or fear-inducing event isn’t uncommon. Symptoms of anxiety include:

Suicide Rates and the Military

The number of veterans committing suicide is on the rise. The National Alliance on Mental Illness reports that, on average, 17 veterans a day die by suicide. In 2017, nearly one in every seven suicides nationally was a veteran—13.5%.

There are several ways to help a veteran, including:

Depression is not a sign of weakness. Allowing depression to go untreated can harm a soldier or their family. Admitting difficulty transitioning to civilian life, experiencing PTSD symptoms, depression, or anxiety is an act of strength. Helping veterans with mental health disorders requires understanding, attention, and the ability to refer them to a therapist or support group. Thank a veteran this Veterans' Day by being a source of support.

Veterans have a unique background. Serving in the military includes moving from place to place, training, combat, and constant change. Once a veteran leaves military service, the known becomes the unknown. Life outside of the military presents challenges that a veteran isn't always prepared to face. Military personnel may suffer from mental health disorders such as PTSD, anxiety, depression, and traumatic brain injury resulting from experiences while in active duty. Mental health disorders can occur after retirement. Mental health disorders are not a sign of weakness. If you or a loved one show signs or symptoms of a mental health disorder, reach out for help. Trained therapists can assist you in getting the help needed. Achieve Medical Center offers individual and group therapy for active and retired military personnel and their families at all California, Oregon, and Alaska locations. For more information, call us at (858) 221-0344 and set up an appointment.

Overcoming Toxicity in a Relationship

How You Can Advocate For Mental Health in Your Community

Building Connections With Your Kids Through Common Interests

Assertive Communication: Learning How to Respectfully Say No