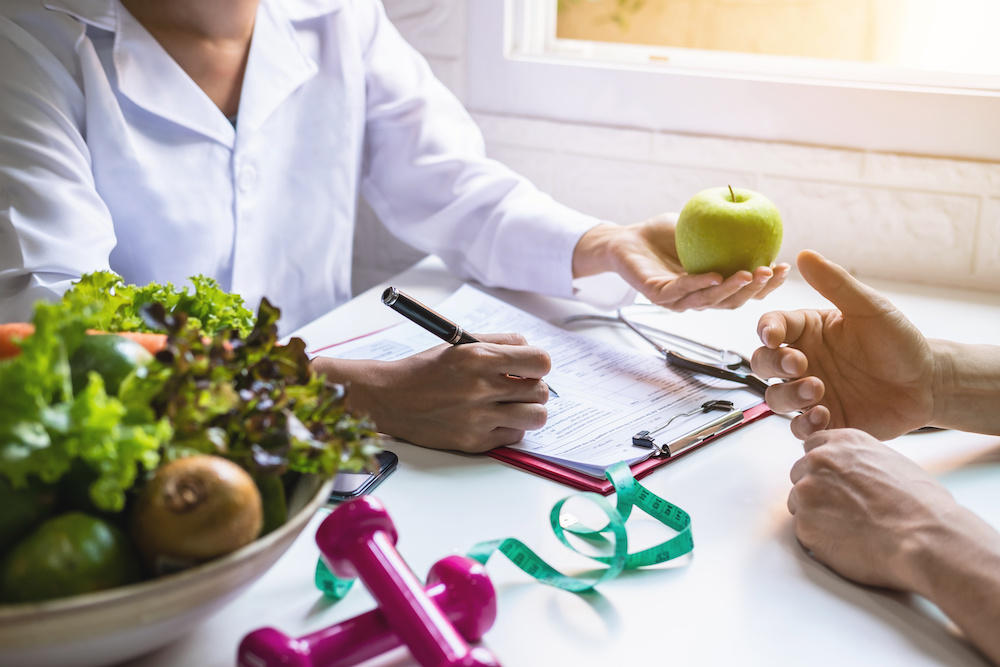 There are numerous types of eating disorders that hide in plain sight. Overeating, eating too little, excessive exercise, and restricting food groups or caloric intake are just a few characteristics of disordered eating. Eating disorders primarily affect young women, but are overall more prevalent among athletes. According to the National Institute on Mental Health, 2.7% of people in the United States struggle with an eating disorder.

The media of our current day and age glorifies the human body and holds it to an impossible standard. Young men and women are hyper-aware of “ideal” body images thanks to social media, news, and magazines. Although body positivity has become a recognized movement, many people still struggle with what they believe their bodies should look like. Attached to this view is the belief that if you look a certain way, you will be more wealthy, have more opportunities, and be happier. People might admire your beauty, but no, you will not be richer, and no, you will not have more opportunities or be happier. Extreme diets and a poor perception of self are not a lifestyle. They are an unhealthy portrayal from the media that aims to get you to spend more money to fit the “perfect body” schema.

Bulimia tends to develop during adolescence and early adulthood with binge-eating episodes, which usually continue until they become painfully full. It is common to feel that they cannot stop eating or control how much they are eating. Binges can happen with any type of food but most commonly occur with foods the individual would generally avoid. Individuals with bulimia then attempt to purge to compensate for the calories consumed and relieve gut discomfort. Common purging behaviors include forced vomiting, fasting, laxatives, diuretics, enemas, and excessive exercise. Symptoms may appear very similar to those of the binge eating or purging subtypes of anorexia nervosa.

Common symptoms of bulimia nervosa include:

Side effects of bulimia may include an inflamed and sore throat, swollen salivary glands, worn tooth enamel, tooth decay, acid reflux, irritation of the gut, severe dehydration, and hormonal disturbances. In extreme cases, bulimia can also create an imbalance in levels of electrolytes, such as sodium, potassium, and calcium; this can cause a stroke or heart attack.

People with anorexia generally view themselves as overweight, even if they’re dangerously underweight. They constantly monitor their weight and size, avoid eating certain types of foods, and severely restrict their calories.

Common symptoms of anorexia nervosa include:

Obsessive-compulsive symptoms are also often present in individuals with anorexia nervosa. For instance, many people with anorexia are often preoccupied by constant thoughts about food, and some may obsessively collect recipes or hoard food. Individuals may also have difficulty eating in public and exhibit a strong desire to control their environment, limiting their ability to be spontaneous.

Anorexia is officially categorized into two subtypes — the restricting type and the binge eating and purging type. Individuals with the restricting type lose weight solely through dieting, fasting, or excessive exercise. Individuals with the binge eating and purging type may binge on large amounts of food or eat very little. In both cases, after they eat, they purge using activities like vomiting, taking laxatives or diuretics, or exercising excessively.

Anorexia can be very damaging to the body. Over time, individuals living with it may experience the thinning of their bones, infertility, brittle hair and nails, and the growth of a layer of fine hair all over their body to keep warm because of consistent coldness due to lack of body mass. In severe cases, anorexia can result in heart, brain, or multi-organ failure and death.

Binge eating disorder typically begins during adolescence and early adulthood as a coping mechanism, although it can develop later on. Individuals with this disorder have symptoms similar to those of bulimia or the binge eating subtype of anorexia. For instance, they typically eat unusually large amounts of food in relatively short periods and feel a lack of control during binges. People with binge eating disorder do not restrict calories or use purging behaviors, such as vomiting or excessive exercise, to compensate for their binges.

People with binge eating disorder often have a higher body fat percentage, increasing their risk of medical complications linked to excess weight, such as heart disease, stroke, and type 2 diabetes.

Eating disorders are deadly, and they are typically hidden in plain sight. If you recognize the signs of disordered eating in a loved one, take action before the effects take hold of their life. Eating disorders can permanently damage one’s health and can lead to hospitalization or, in more severe cases, death. At Achieve Medical Center, we are here to help. We treat a variety of disorders, including eating disorders. Our center offers individual and family therapy tailored to your specific needs. Eating disorders are among the deadliest mental illnesses, second only to opioid overdose. If your loved one is presenting the symptoms of an eating disorder, you can gently explain to them that they need to get help, and we would be glad to look over treatment options with them. Let us assist you in your journey towards healthier eating today. Call Achieve Medical Center today at (619) 375-3977.