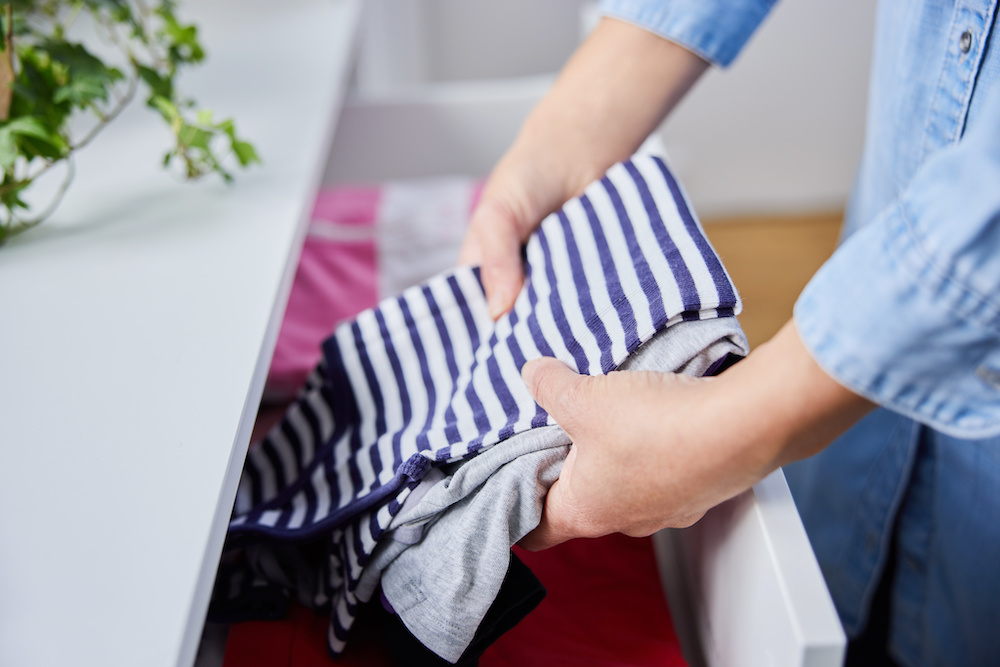 Obsessive-compulsive disorder (OCD) is characterized by recurring, unwanted thoughts, ideas, or sensations. Many people reference OCD in everyday conversation as an offhand annoyance that they can simply get over. Social media presents this disorder as something of a unique, odd trait that people have when they prefer an immaculate house or want their possessions organized. However, OCD is a severe anxiety disorder that is all-consuming and more than a quirky personality trait.

Obsessions and compulsions can interfere with a person's daily activities and social interactions. Compulsions are learned behaviors, which become repetitive when associated with relief after the action is performed. For people with OCD, thoughts are persistent, and behaviors are rigid. Not completing the behaviors commonly causes great distress.

Understanding the fundamentals of OCD can help you better understand a loved one or yourself. OCD can be incredibly overwhelming and time-consuming, to the point of self-isolating. The emotions harbored by OCD often lead to other mental illnesses like depression, anxiety, and social phobias. However OCD affects your life, there are resources, medications, and support groups available to treat this disorder. The best way to start deconstructing and effectively treating OCD is learning the basics.

Who Does OCD Affect?

OCD affects two to three percent of people in the United States, and among adults, slightly more women than men are affected. OCD often begins in childhood, adolescence, or early adulthood; the average age symptoms appear at 19 years old. A diagnosis of OCD requires the presence of obsessions or compulsions that are time-consuming (more than one hour a day), cause significant distress, and impair work or social functioning.

A multitude of factors can cause OCD. While OCD is still being researched, it is suspected that chemical, structural, and functional abnormalities in the brain could be causal. Genetic or hereditary factors can also cause OCD. Evidence shows OCD is influenced by stressful life events, hormonal changes, and personality traits.

Since OCD is learned, many adolescents pick up behaviors from observing their social environment. They may see their parent organizing their desk, or they may see a classmate grooming their hair, leading them to imitate the behavior. Over time, the action may be taken to the extremes, leading to OCD, trichotillomania (hair-pulling disorder), hoarding, sexual obsessions, or intrusive thoughts.

Obsessions are characterized by recurrent and persistent thoughts, impulses, or images that cause distressing emotions such as anxiety or disgust. Many people with OCD recognize that the thoughts, impulses, or images are a product of their mind and are excessive or unreasonable. Logic and reasoning are not enough to stop the flood of thoughts in the minds of those with OCD. Individuals usually try distracting themselves by keeping busy with hobbies or being around friends.

A few examples of obsessions include:

Also, there are fears of losing something important, intense need to check that one has locked the door or turned off the stove, fear of acting inappropriately in public, or disturbing sexual thoughts or ideas.

Compulsions are repetitive behaviors or mental acts that a person feels driven to perform in response to an obsession. In severe cases, the repetitive action of compulsions consume one’s day and make a routine impossible. Compulsions are the response to an obsession. For example, an individual may check the lock on the front door several times before leaving the house because of the fear of someone breaking in.

Some examples of compulsions include:

Treatment options for OCD include a combination of psychotherapy and medication. Medications are helpful for the neurological component of OCD. Antidepressants are typically the first medication prescribed for OCD.

Psychotherapy includes cognitive-behavioral therapy (CBT) that helps a client maintain and overcome the symptoms of OCD. Psychotherapy typically involves exposure to the obsession and intervention and prevention of the compulsion. Exposure therapy helps individuals recognize their fear and figure out ways to face it instead of allowing compulsivity to rule their lives. An example of exposure therapy would be exposing someone afraid of getting sick by having them touch their trash can at home and then moving to handle a public trash can. Advanced exposure therapies may involve virtual realities (VR) using headsets that create a real environment’s illusion. VR is used in many situations, from fear of spiders to fear of flying on an airplane.

OCD affects a large population - two to three percent of people in the United States! Many people find themselves suffering from symptoms of OCD in silence. The fears and compulsions associated with obsessive-compulsive disorder can easily dictate someone's life, interfering with social relationships, family life, and work. Fortunately, there are support groups and treatment options available. OCD is nothing to be ashamed of, and many people find that it is helpful to talk about their experience with others going through something similar. OCD is becoming a mental health topic that is easier to come forward and talk about with the growing knowledge and scientific understanding. At Achieve Medical Center, we harbor a unique, multidisciplinary, private psychiatric and mental health practice. We treat a wide range of mental health disorders, and if you would like more information, we would be happy to help. We provide comprehensive mental health services for Southern California, Oregon, and Alaska regions. To schedule a free consultation with Achieve Medical, contact us today at (619) 375-3977.