What Are the Five Stages of Grief? 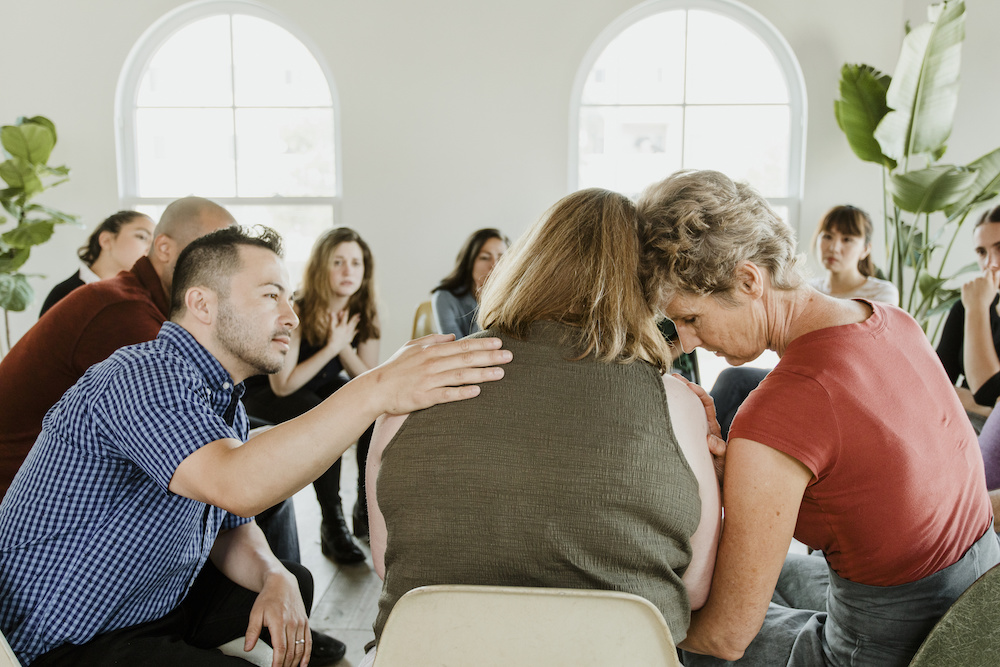 What Are the Five Stages of Grief?

Grief occurs when you lose something or someone. There isn’t a right way or a wrong way to grieve. The emotions connected with grief are overwhelming. Elizabeth Kubler-Ross outlined the Five Stages of Grief. They are:

Sophie shares her story of grief.

“ My husband started forgetting things like pulling the car into the driveway and turning it off. He was slow to get up and move. It sometimes took 15 minutes to put on his socks. He didn’t want help and would wave me away when I offered to help. Then one day, he fell while getting out of bed. He hit his head and was unconscious for hours. I wasn’t home; I was at work. Our neighbor checked in on him after I kept calling and didn’t hear from him. My neighbor called an ambulance, and the Emergency Medical Technicians took him to the hospital. He remained unconscious for days; it seemed like weeks, maybe it was. Everything is a jumble.

When he came home, he couldn’t walk without assistance. He needed a home health nurse. Slowly, he regained the ability to move around with a walker. He didn’t want to use it, though. He was depressed and kept saying he should die. I didn’t know what to do for him.

He began to lose interest in things he once enjoyed. His independence decreased, and after about a year, he needed a wheelchair. The wheelchair sealed his fate, I think. He didn’t want to get out of bed. We struggled against each other, hoping he would get up, and him wanting to give up.

After three years, he was bed-bound. His home health nurse and physical therapist told me the only way he would improve is if he engaged in his prescribed exercises. He couldn’t. In the last two years of his life, he was in the hospital, a rehabilitation center, and hospice. He just wanted to come home. I wanted him back; I didn’t want to say good-bye.

I thought I knew grief. I didn’t. My husband’s death made me realize the mix of emotions, including relief. Knowing he was no longer suffering allowed me to release all of my feelings. My husband, my best friend, was gone. I don’t know how I made it through those first weeks, events, and holidays. I wanted to die; instead, I joined a bereavement group.”

“Linda was always the life of any gathering. She was active, volunteered, worked out, played with our kids; she did everything. The day she died, everything was normal. We went to the store, talked with our neighbors, and had friends over for dinner. We even played a card game.

After everyone left, I went into the living room to watch the news. Linda said she was going to take care of a few things. I sat down, turned on the TV, and began to watch the news. The newscaster said something I knew Linda would want to know about, so I called out to her. She started to answer, but then I heard a thud and a dish breaking. I made a joke about the dish being slippery but didn’t respond. I went into where she was, and she was lying on the floor; she wasn’t breathing. I called for an ambulance and tried to revive her, but it was useless. How could she be gone?

The days between her death and the funeral were foggy. I can’t remember who was there, who helped, and who made sure Linda’s flowers were the ones she loved; tulips, she loved tulips. Everyone was there, and then nobody was there. They don’t tell you the hardest time is after everyone goes back to their lives.

I knew I needed someone to talk to, so I reached out to a treatment facility that had bereavement groups and individual therapy. It helped.”

Grief can be overwhelming. Whether we watch a loved one slowly fade, suffer from illness, or die suddenly, the pain of grief is real. In some cases, it is debilitating. Merriam-Webster defines grief as “deep and poignant distress caused by or as if by bereavement.” Accepting the loss of a loved takes time and isn’t something you need to go through alone. Feeling alone, relieved to see the suffering end, or suicidal is a part of grief we don’t feel comfortable sharing with others. We don’t want to appear grateful our loved one passed on, yet we are glad their suffering ended. We don’t want to talk about life after the funeral, the levels we can sink to in our grief. We think we are alone in our pain. Achieve Medical Center wants you to know we are here for you. We can help you process your feelings and find healthy ways for you to grieve. For more information about bereavement groups or individual therapy, call us at (858) 221-0344.