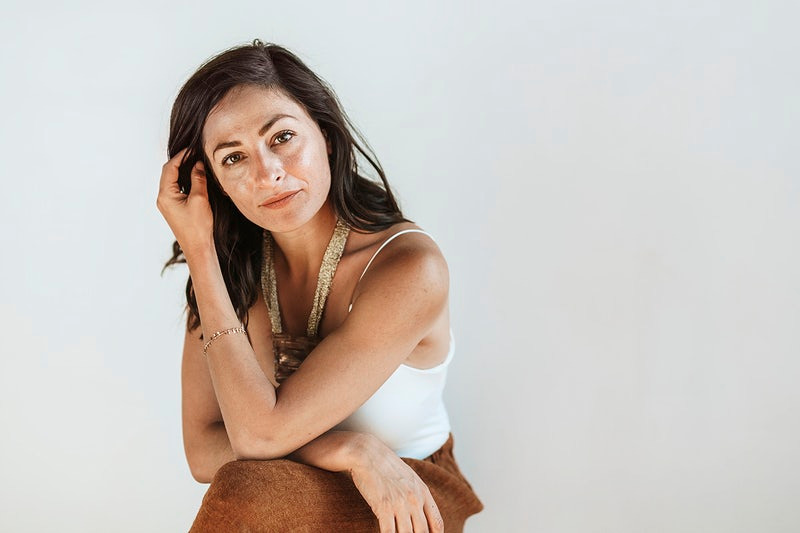 Women over 50 often get misconstrued as old fuddy-duddies. Younger people and media marketing would have you think that turning 50 or older automatically replaces you with some generic older version of yourself with grey hair, granny panties, and a muumuu. That's just ridiculous.

Media wants to portray people, particularly women, as either older and hot or simply old and used to be hot, and that's ridiculous too. You are more than age, and you know better than anyone that being over 50 means you have a solid sense of self and have privileges your younger self might not have had or taken advantage of.

You Are Still You

Whether you're newly 50 or 80 years young, don't let yourself or anyone else think you're a carbon copy of every other 50+ woman. You are still your individual self. At this age, you have gained experience, you have stories, you're allowed a little leeway with your verbal filter, and it is time to use all those things to your advantage.

Somewhere between the soccer meets and minivans, an entire generation of women has been reduced to incorrect images and just as false stereotypes. Women over 50 right now are the children of the free-thinking flower children, trailblazers, and equal rights dreamers, and you deserve a more colorful spotlight.

The life journey may have been kinder to some than others, but that does not mean there is no path left to forge. Just because you have reached the age of fifty does not mean your potential has decreased. Think about this: at the age of 50 or over, and you know what you like and what you don't. You have developed tolerance and patience, your problem-solving skills are well-honed, and your communication skills are stellar.

Greta Pontarelli: Greta Pontarelli started her pole fitness journey at the age of fifty-nine as an avenue to stay active and to avoid generational osteoporosis. Since then, she has earned twenty medals and twelve championships. Greta is also a 5 time Pole Sports Master Class Champion. "My goal is to inspire people not to let age or any limitation keep them from following their dreams," says Pontarelli.

Madonna Buder: Madonna Buder is a Roman Catholic Nun and a United States Senior Ironman triathlete. Madonna earned her title as an Ironman at the young age of eighty-two and holds the world's record for the oldest female triathlete. Madonna Buder was inducted into the USA Triathlon Hall of Fame in 2014. She completed her first triathlon at the age of fifty-two. The “Iron Nun” once said, "The only failure is not to try, because your effort in itself is a success."

Ernestine Shepard: Ernestine "Ernie" Shepard is the world's oldest bodybuilding champion at the age of eighty. Ernestine began her fitness journey at the age of fifty-six when she decided that she no longer liked the way she looked in a bathing suit. Since beginning her bodybuilding journey, Ernestine has won several championships. She encourages older people to do what they love by saying, "Age is a number; it is never too late to be great."

Madonna Buder, Ernestine Shapard, and Greta Pontarelli are just three examples to show you that anything is possible at any age. They are living proof that stereotypes are only as limiting as you let them be. Many women over 50 are starting new hobbies, racing in triathlons, competing in dance, fitness, and physique contests. These women are overcoming stereotypes and smashing all obstacles to show others and themselves that you can level up at any age.

If you are 50 or over, go try that thing that you've felt like you were too old to start, or didn't feel like you could get into. Don't let anyone tell you what you should be because of your age. You are not “too old” for that dress, hairstyle, or hobby. You are bold, brilliant, and unstoppable.

Aging in a society that emphasizes youth can be difficult. Arbitrary stereotypes can feel hard to get away from. If you are a woman over 50, you may feel put in a box concerning how you can dress and act. Women are bombarded with pictures and products that tell you how to look younger and equate that to something more acceptable than natural aging. If you are having a difficult time accepting the aging process and not living your best life, Achieve Medical Center is here. Aging and seeing harmful stereotypes can cause you to feel anxiety or depression that's new or different than you've experienced before. Achieve Medical Center's professional and caring staff can help you navigate big life changes and help you live up to your full potential as a woman over 50. You don't have to feel boxed in or deal with mental health issues alone. Call us at (619) 375-3977 today.