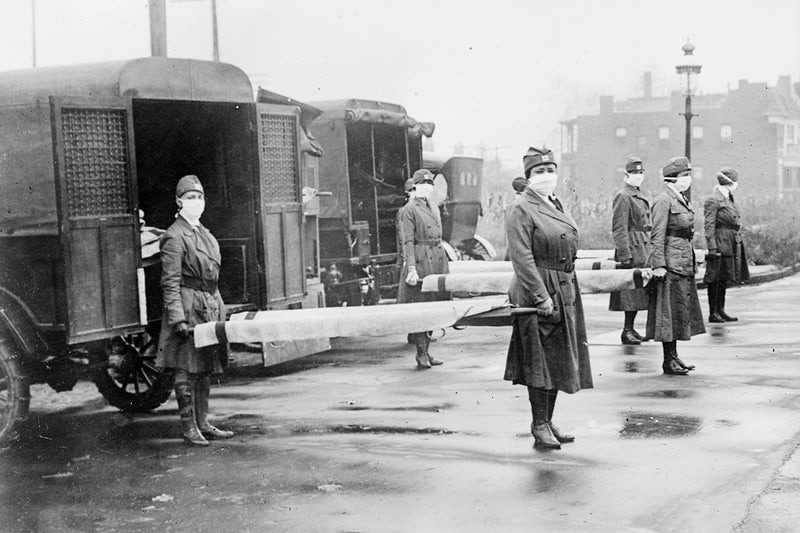 March is women's history month, the month when women who have made history are honored. This month we remember and celebrate the women who made a change, who had an impact on the history of humanity, who sacrificed their health, lives, and freedom so that generations after them could be counted as equal to their male counterparts, make advancements, and create a better world for all people.

While many women's efforts are recognized for their incredible inventions or the legacies they left behind and become household names, there are many more who have equally impressive resumes that most people never hear of. They are hardly mentioned unless the historical event they were a part of is in your interest zone.

This March, we celebrate all women, not just the ones who made history on center stage. These women can be your mothers, sister, daughters, and granddaughters. We celebrate women who made advancements for women everywhere and improved life as they knew it. Read on to learn about some of the women who history will remember fondly and spectacularly.

Amazing Women Who Made History

Anne Moody (1940-2015): As a young college student, Anne Moody participated in Freedom Marches and helped coordinate the desegregation of businesses and community resources. During her time in college, Moody was a member of CORE (Congress of Racial Equity), SNCC (Student Non-Violent Coordinating Committee), and the NAACP (National Association for the Advancement of Colored People). Moody also published an autobiography based on her childhood experiences growing up in the segregated south, titled Coming of Age in Mississippi. Moody's story has been published in seven languages and is read worldwide.

Henrietta Lacks (1920-1951): In 1951, Henrietta Lacks went to the hospital after experiencing bleeding due to radiation treatments for cervical cancer. While doctors were ultimately not able to save Lacks, the cells they harvested from her cervix were able to do something that researchers had been unable to do for years before that point: they lived and cloned themselves after being taken from her body. This first immortalized human cell line, named the HeLa cell after Henrietta Lacks, has helped save lives, helped with multiple avenues of research, and helped cure diseases. A movie has been made about Henrietta and her contribution to medical science titled The Immortal Life of Henrietta Lacks. Unfortunately, Lacks' family has never been compensated for her gift.

Wilma Mankiller (1945-2010): Wilma Mankiller was the first female Chief ever elected to the Cherokee Nation. Her life consisted of multiple efforts to improve the people of the Cherokee nation's daily lives. During her time as Chief, Mankiller was essential in creating programs to enhance the education of both adults and children. Mankiller believed that by restoring Native pride, the younger generations would grow up with a sense of empowerment and pride in who they were and where they came from. Mankiller was awarded the Presidential Medal of Freedom in 1998 by Bill Clinton.

Marguerite Higgins (1920-1966): Marguerite Higgins was the first female reporter to be awarded the Pulitzer Prize for Foreign Correspondance. Higgins spent the beginning of her long career as a war correspondent and reporter for the New York Herald Tribune. She was vital in securing equal access for all female correspondents. In 1945, Higgins witnessed the liberation of the Nazi death camp Dachau. In 1947, Higgins earned the title of Chief of the New York Herald's Berlin office.

Celebrate Those Who Came Before You

These ladies stood up for their beliefs even when they were unpopular. They paved the way not only for their generation but for generations to come.

Yet there are so many more incredible women that have not been mentioned. Just search for "famous women in history" on the internet and see how many results come up. There are so many fascinating stories that you can't help but be impressed and inspired by. Prepare yourself for a deep dive; once the rabbit hole opens, you may get lost in the women's lives, accomplishments, and the legacies that they left behind.

You can turn your search into a fun activity if you have young girls or teenagers that you are hoping to empower. Ask them to find a woman in history whose accomplishments make them feel empowered or inspired. You might ask them to think about how the lives of women everywhere would be different if not for the achievements of the woman they researched.

Not only will they learn something new about an incredible person, but that one story can inspire the person doing the assignment and the group of individuals they share it with. By encouraging the younger generations to explore stories of women making history, you ensure the immortality of the women and their incredible accomplishments.

These ladies are just four of the hundreds of women who have made history and improved the lives of millions. Being a woman is not always easy. There are demands of partners, children, work, and daily life. Despite all the efforts to stay on top of everything, be there for everybody, and solve all the problems that come your way, life can easily overwhelm you. When life becomes too much, goals and self-care fall by the wayside, and life can feel like a grind. It may even introduce new or worsening mental health concerns. Achieve Medical Center knows the power women have and believes that they are deserving of recognition and help for mental health issues when they most need it. The staff at Achieve understands that while you may not be making world history, you are making personal history by reaching out for help. Call us today (619) 375-3977‍